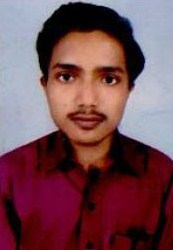 JNV Raebareli I'd like to become a Dakshana scholar and hopefully attend IIT
I'd like to become a DAKSHANA scholar and hopefully attend IIT because I want to do something different from others for my family and country. It is my willing also my parents too. When I got admission in IIT then that day will be most happiest for my parents. My parents are illiterate so I would like to change the tendncy of society that thinks only educated person can give good education to their children. I also would like to fulfill the wish of my grandparents who were waiting me after the cracking of IIT JEE 2017. My grand parents wants to see as an iitian in last days of their life. My elder brother pushpendra,Ajit and my sisters Meera and Arti also willing that my brother would be an engineer in future. Both of my brother were doing hard work so that my study remains unaffected.
After all I want to open a school like navodaya in my district so that all children belonging to poor background could take education and make their future bright. For the fulfilling of this wish I want to join IIT, Specially for money purposes. As DAKSHANA is providing me a good chance to become an AIITIAN. As such I want to a chance to those are very talented and are from poor background.
I would like to join IIT for my wish,for my parents,grandparents,brothers and sisters and afterall for the country.