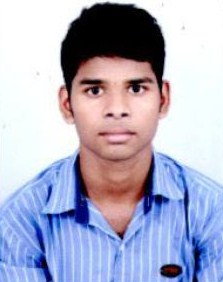 JNV Sundargarh I'd like to become a Dakshana scholar and hopefully attend IIT
I'd like to become dakshana Scholar and hopefully attend IIT because earlier I have been no interect in Dakshana even up to class th also because I was afraid of math and so I had decided to be something in biology or medical science. But I wanted to be selected for Dakshana so that it increase my reputation so thao it increase my reputataion and prestige in school and put same affort.
As I started practicing for Dakshana my eager and interest increase to be a Dakshana Scholar but never hope that I will selected because I feel my math is poor as I am poor in math. IIT is not my aim. It?s my father?s dream. My aim is something beyond IIT but I want to fulfill my father?s dream and him proud on me. As I have written IIT is not my aim but it?s a link between iit and my aim which I want to achieve.
I would like to say a great and hundreds of thank to Dakshana. It?s my honor to be a Dakshana Scholar. Dakshana is a bridge to IIT and a way to fill my father?s dream. I want to became an IITian because it is a way to my aim.