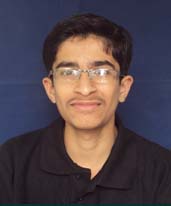 IIT-JEE is one of the toughest examination in the world and with the help of Dakshana, one could get into IIT. Dakshana also provide free hostels and mess in one campus which saves time from going here and there. Dakshana have coaching partner T.I.M.E which have seniormost faculty.

In many cities of India, there are many coaching for IIT-JEE preparation. They take much momre fees which I cannot afford. Since from 2007, Dakshana prepared many IITians and we have trust on Dakshana that it is providing good coaching By proper hardworking, with the help of Dakshana I could get to IIT with topmost rank. It is also good that Dakshana will not give any vacation and we have proper time for preparation. So, I would like to become a Dakshana scholar and hopefully attend IIT.