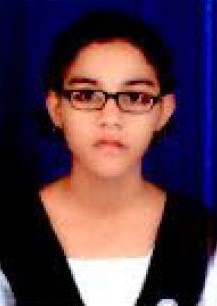 JNV Bhadrak I'd like to become a Dakshana scholar and hopefully attend IIT
I'd like to become a Dakshana Scholar and hopefully attend IIT because becoming an IITian is very prestigious and Indian Institute of Technology's (IITs) are considered as Jawaharlal Nehru's greatest gift to India. I use to do things which people say difficult. In my opinion everybody thinks IIT-JEE as very tough exam and that's the reason why I want to be an IITian and to achieve this I can give up the most gratifying things in my life. Because after achieving my goal I can be self-satisfied that I had not achieved this without any hardwork this is my fruit of labour.
By attending IIT I will get a chance to study with the brightest students of the country and also on the other hand IIT graduates fate is a hundred times bettre than local engineering collage graduates.
IITians are preferred by universities abroad for further education. IITians are preffered over other graduates for selection into IAS and other civil services, IITians are preffered by the country's premier research and defence establishments, this are the oppurtunities that IIT provide to a student by getting all this from IIT who will not be interested to be an IITian?
IIT provide a very good atmosphere for a student's all round development and the frontier that a student get in IIT is the most important thing because from these he/she can get direct pathway for his/her future aim to be fulfilled. So, this are also reasons or in other words motivation for me to get into IIT.
At last if our goal is to set up our own company, take the civil service exam, settle abroad, do MBA, become a proffessor, the IIT is our password. Nothing is difficult in this world because in the middle of difficulties lies oppurtunities. So, I just set my goal and is on the path to success and I think what I'm going to loose in these to achieve my success will be fulfilled by IIT.