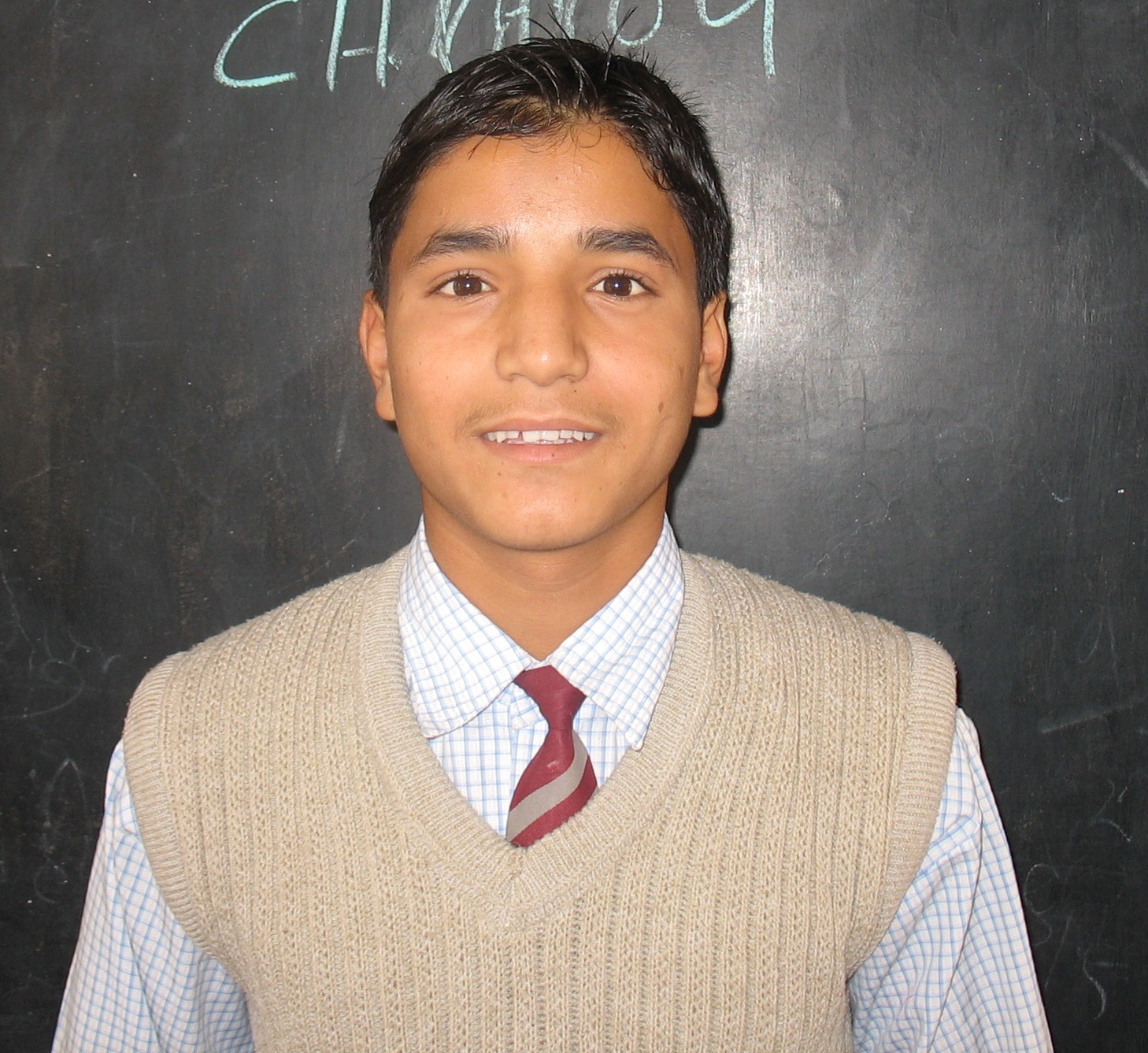 JNV Kangra I'd like to become a Dakshana scholar and hopefully attend IIT
My name is Rahul.i belong to a poor family.Since childhood , I dreamt of becoming an engineer. When ever I told my parents about my dream, they said that they did not have the money for my education. My uncle encouraged me and said that one day I can become an Engineer and will bring name and fame to our family. Then I made the entry into Jawahar Navodaya Vidyalaya. I ahd never seen my parents happier than this before.On the fourth day in JNv, I fought with another boy and fractured my leg. I had to stay at home for 3-4 months . I feared that the Jnv would take me out from their school if I did not pass in the annual examination. This gave me courage to study for the final exam.I spent time studying at home. I stood second in class. This gave me the motivation to move further with my studies.
I scored 84.2% in tenth standard. My percentage was less because I could not write Hindi and English properly. You will understand my mistakes in the language after reading this essay.After 10th , I got admitted into the 11th standard .I started enjoying with friends after that. After some days my summer vacations started. Many of my friends started taking coaching in the nearby coaching institutes. We did not have so much of money so I did not tell my parents about it. I started thinking that poor people like us are not meant for big jobs. After some the registration for Dakshana exam was announced. My father enquired about the test from one of my school teachers and he said that the exam is very tuff and very students qualify. I had to go to Chandigarh, which is 200 km from my house to appear for the test. My family did not want me to appear for the test as they were not sure that I would clear the exam. They thought I just wanted to see the place and was making an excuse to go to Chandigarh. In the end, I was allowed to go for appearing the exam. I believed that I would get selected in the exam. My friends who took coaching said that they had full confidence that they would get selected. When I got to know that only 50 kids would be selected , I lost faith.i told this thing to my physics teacher. He helped me appear for the exam. I would like to tell everyone his name. He is the person who has helped me reach this level. His name is Shri. M C Suyal.I am thankful to him as I had never thought that someone would help a poor boy like me. Today I feel that the poor and the rich have the same rights. After that I came here. There was just another boy from Kerala. I used get bored throughout the day. I missed home and sometimes thought that I should go back home. The hard work that my parents did and the conditions in my house helped me stay back at the JNV. After everyone came in, I started liking the place. I have settled here now and have made a few good friends too. I am encouraged by seeing the 2nd year Dakshana scholars who work very hard. I started waiting for my first class to be held. My experience was very nice. I started thinking that I will be one amongst the top 50 students of the country. After that I came home for some days as we had our summer vacation. After the summer vacation ended , I joined school again and had forgotten that I had appeared for any Dakshana test.One day when I was studying in the class , my maths teacher called me to say that Principal sir has called me. I thought the principal must have called me to punish for some mischief and was scared to go to him. I could not believe him when he said that I was selected in Dakshana top 50.I could not control my happiness. My classmates did not believe me when I told them about this. When principal sir announced this on stage , everyone started clapping. I felt happy from the bottom of my heart and my parent?s eyes were filled with tears. They felt proud because of me. I felt as if I will be one of the toppers in AIR and not in IIT. Yesterday when I met you, I realised that you were nothing less than God for us. The film that you showed us has encouraged me.