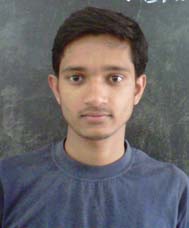 JNV Siddharth Nagar I'd like to become a Dakshana scholar and hopefully attend IIT
I'd like to become a Dakshana Scholar and hopefully attend IIT because I want to become a successful engineer in my life. My aim is to crash the IIT-JEE at the first appearing. This can be only and only possible by attening any coaching institute like Allen, Resonance in Kota by giving money to them, but I have not enough money for all these. I think Dakshana is the best institute in India who provide a lot of opportunity to crash the IIT-JEE and AIEEE at the first appearing.
I am related to a very background family as well as distict (Siddharth Nayar in U.P) and it will be very difficult for me to beat the IIT-JEE without Dakshana coaching. So, I attend this coaching centre and I wish that I will be crash the IIT-JEE at appearing. After become IIT scholars, I would like to improve the technology mainly in Computer field. As we all know that our country (India) is very back in science & technology as compared to Japan, America, Russia like countries. It will be a great opportunity for me after a IIT scholar to do something. for our country. I would like to do help of those students who are related to very background family and have not enough money to study. I think that if people and those student who lived in village and in poor condition know the value of engineering and IIT then our country will be ahead of all those of country which is very advanced in the field of technology.
It is very great opportunity for me as well as all Dakshana scholars and have chance to beat IIT-JEE and AIEEE like competetion exams and mainly I want to do something special for my country (Nation) after become a IITian.