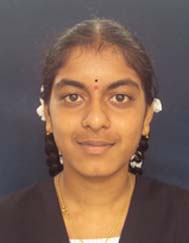 JNV Ranga Reddy I'd like to become a Dakshana scholar and hopefully attend IIT
I'd like to become a Dakshana Scholar and hopefully attend IIT because Dakshana Foundation is doing a significant job since 2001 & giving life to many scholars. I saw the hardwork of our seniors that is 2010 Dakshana scholars. The aim to win the aspiration, the spirit to become an ÍITIAN?. Dakshana is giving a great intensive coaching to many scholars so that they build up the confidence. It is a great privilege to me to get an oppurtunity to become a part of dakshana schedule. If I am in Dakshana I had the confidence that I can be a good ÍITIAN?. Dakshana also provides a great team of lectures for TIME institute to us. It is very much ing up to us. By joining in Dakshana Foundation I have the confidence that I can get the IIT rank with the help of my hard work, Dakshana unit?s encouragement & my lectures help & also most importantly by my families support. It is an aim of my parents & me to get into IIT. So joining Dakshana is the first step to succed to reach my aim. And I believe that Entering Dakshana is easy but entering IIT is a hard task. I will make that hard task by hard work & smart work. I also want to be a good Engineer and also want to develop our country so that I'd like to join Dakshana become a Dakshana scholar & hopefully attend IIT JEE (2013).