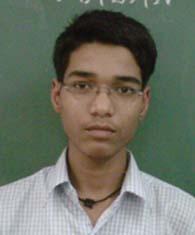 JNV Karauli I'd like to become a Dakshana scholar and hopefully attend IIT
I'd like to become a Dakshana Scholar and hopefully attend IIT because of two reasons. first reason is that I want to do something for nation. In 9th class I heared about IIT-JEE and AIEEE. I want to become an engineer so I can do something standard in my life so that I can help the nation. I want do gain a big knowledge about science and physical world. For a person it is better to know new about world. because when we trying to gain some knowledge then we can do some separate.
The second reason is that my family is so poor and in my family only three persons are able to read and write in hindi. I want to draw some sketches of science and my father and mother also hope that I become a engineer in my life and do for nation and our family. I want discover some things in my life which is not discover in past by some peoples. And my elder brother also want and hoped that I do something new and gain a lot of knowledge about our world and nature (Earth)the main role for my future will change and adjust in modern world is my elder brother. And so according to their hope I will trying strictly to do new in my life.