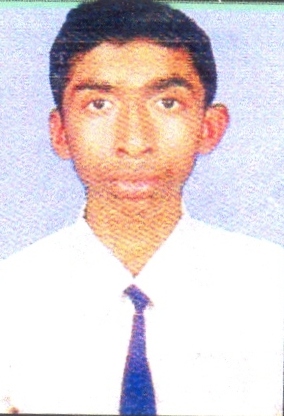 JNV Birbhum I'd like to become a Dakshana scholar and hopefully attend IIT
I'd like to become a Dakshana Scholar and hopefully attend IIT because I wish to be an engineer. It is my dream from my childhood to become an engineer. I like engineering profession so much. Hopefully I will clear IIT advanced 2016. I want to see my parents happy. I wanted to take an IIT coaching before attending IIT JEE 2016 but my parents would not support me but that opportunity is given by Dakshana. Thank you, thank you so much Dakshana for this support. I will never forget this in my life. I think I have the capability to clear IIT with the help of proper coaching. Being as a successful person I want to support other Dakshana scholar. I want to be an architect I want to join IIT Kharagpur. My aim is AIR 62 in 2016. I want to make a lot of money to poorer section of the society. I want to bring my parents in front of world. Then I will make this I will be happiest person in the world. I came to know about Dakshana in class 9th. The day I came to know it was my target to be a Dakshana scholar and I made it true. Now it is target to clear IIT JEE 2016 not only that but AIR 62 in 2016 because Dakshana had given me a lot of opportunity so I have to do it.