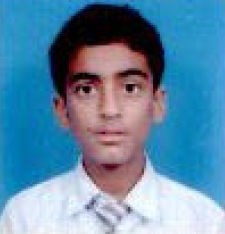 JNV Una I'd like to become a Dakshana scholar and hopefully attend IIT
I'd like to be a Dakshana Scholar and hopefully attend IIT because, It is my aim and my Destiny.At the time of admission in JNV our principal asked me what do you want to be in your life I was almost speechless and suddenly the word Engineer came outof my mouth and Don't know myself that why I said that word but that decided my destiny. I was not even knowning the meaning of this word properly at that time but It became an unknown target for me when I was in 8 class a person come for our counselling,his name was Manookool. He told me about Engineering and its scope. He told me about IIT that it is best Institute for Engineering.So now my Desire increases and now IIT was my target.By 9 class I came to know more about IIT and the hardwork it require to join IIT.

I collected more Information about IITs from Magazines and other source and was fascinated by packages and facilities it provides.By the last months of 10 class our maths Teacher send my name for GDST.He told me to take the GDST.I was not knowing about Dakshana and I made excuse that I am not interested in joining coaching.Then he said to me ?It's not important what you want or what you are interested in all that it is about is where you stand?,and he was the reason.I came to take GDST ,after the test I was thinking that there are many other students in JNV talented that me and was not thinking that much I will be selected but be selected but I was not much tensed.When I returned to school after vacations,I came to know that my best friend Akhil had went to kota for Coaching.I was shocked not because he was my best friend but because he was the one who prevented me from joining the FIITJEE institute where I was offered 75% scholarship.He said ome we will prepare toghether forJEE in 11 and 12 class.After he was gone I was almost hopeless but thart day I promised myself that I will be better than him in JEE,and I challenged him on Facebook about JEE that I will get better rank than him.

After 2 months,I got call from school office and I was told that I have been selected for GDST.I could not believe my ears because without any preparation,I was thinking it impossible.I was then totally perplexed what to do whether to join this this course or not.My father then told me that lets go to your school and check whats this all about.When we went to school we meet my math teacher and he said to me ?this is your stand ? and advised me not to skip this chance of my life.So as he advise and decided to and I decided to join Dakshana.So now at JNV Bundi,I am knowing the outstanding performance of Dakshana Scholar in JEE in previous years.Now I have 2 aim in my life one is to earn name of Dakshana and my parents which have great debts on me and other isto show my that false friend that IIT is my Destiny and even god change it.