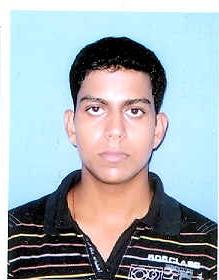 Now that I am selected as a Dakshana Scholar, I am very happy. It is my desire that I make the best use of the facilities provided by Dakshana and clear the IIT JEE in my first attempt with a good rank (below 100).

My parents also want be to become an IITian, especially my elder sister who has helped me reach to this status in my life.

I wish to become a successful engineer and be of good service to the society and my country.