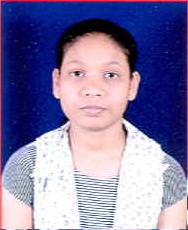 JNV Kanker I'd like to become a Dakshana scholar and hopefully attend IIT
I'd like to become a Dakshana Scholar and hopefully attend IIT because it is a great and very nice oppurtunity and a best platform to complete my dreams. Dakshana Scholar is a nice oppurtunity for those students who can?t take coaching for IIT-JEE/AIEEE and because of that they?re not selected in IIT. I am a student from that part of my state which is in its way to progress but not progressed but doesn?t have also any coaching institute which is not so best like Dakshana.
The coaching techniques and teachers are best, it helps to increase the chance for a tallented brilliant student to in Dakshana?s IIT/AIEEE. It is like a gist of God to those students who are brilliant, talented, hard worker, but not afford to be coached professionally by a world class institute like IIT-JEE coaching institute due to some economical background or any problem.
Dakshana Scholar is a nice oppurtunity for me to become able for IIT because I think so my parents are not able to give me such a nice coaching for IIT, because I have 1 elder sister and 1 younger brother and they have to do equal for every one by which no one can get disappointed by any reason. All the books and Fees are as scholarship. This is I think that the best institute I have ever seen.
By coaching given by this institute I will try my best to get selected in IIT because to complete my aim it is necessary. I want to become a nice engineer, also a good person who is liked by all people. The Indian Institute of Technology is a nice institute for the student who want to do some new and serve India.
I like to attend IIT hopefully because it is a nice and the best engineering college in the whole country, who gave the best engineer to India every year and they do something like fantastic and new for India. I like to do something especial in my life and feel my parents, teachers and country proud to be me as their child.
In this two year of coaching for IIT, I will try to cover all the topics conceptually and to solve all given problems and in IIT.
I heartly want to thank the Dakshana coaching Foundation for their serve for country and student like us. I will learn a lesson from you.
Your sincerely
Akansha Kunjam