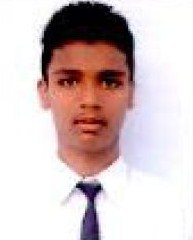 JNV Bundi I'd like to become a Dakshana scholar and hopefully attend IIT
I'd like to be a Dakshana Scholar and hopefully attend IIT because I am interested in Science,specially astronomy.I want to be an astronaut and for that I have to attend IIT.Since it is not easy to qualify IIT with a good rank after practice of two year without any Coaching Institute.So,I thought to attend a good Coaching Institute.But due to lack of money and some other problem I was not able to join Coaching by paying a lot of fee.
Further,I came to know about Dakshana in my School.This was the golden oppurtunity for me to become a Dakshana Scholar and Crack IIT with a good rank which leads to a nice future for me and that's why I had laboured hard to getselected as a Dakshana Scholar.
Later I realized after selection that I was not selected at the centre I had expected but now I can claim boldly that's it is teh best centre for me.I am obliged to "Dakshana".