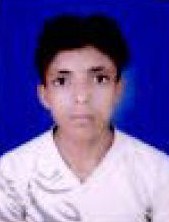 JNV Chandauli I'd like to become a Dakshana scholar and hopefully attend IIT
I'd like to becbome a Dakshana Scholar and hopefully atted IIT because I want to become a successful person. First I heard about IIT I was not knowing about it. After one or two years I feel that IIT is the best for me. When I was in class 9th I was a very lazy person in study as well as in study. That time I thougt that IIT is impossible for me but after crossing halfyearly of class 9th I decided that I will become a IITian.
Because my marks in halfyearly is best from past. I shocked to know about that 5 student of my school appeared for JEE Main but only me qualified for it. I heard about Dakshana when I joined navodaya but I was not knowing about it. After SA 2 of class 10th maths sir told in class that 16 students of your class can take the GDST exam I was not very excited because I thought that I cannot be selected for that. But I was wrong I was selected for it. Then I asked about it from seniore and I became an energetic man. After GDST exam in summer vacation my friend told that I am selected for Dakshana foundation.
I had no option other than Dakshana because I belong to a very poor family and my father is a very labourious person and he also like to see me as IITian. Thanks to Monish sie and Dakshana team who gave me a platform to become IITian. I promise them that I will surely become IITian.