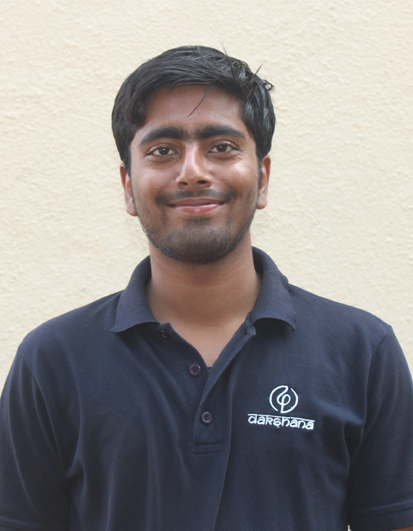 Since childhood it is my earnest wish to be a doctor specially a cardiologist. But my family?s economic condition was not good enough to support my higher studies specially the medical coaching. So Dakshana seemed the only bridge between the reality and in dream. When I heard about Dakshana that time only it became my goal to qualify it. And I began to put my all the potential to accomplish to have sign of Dakshana logo on our chest. And it became my madness for me and I did all the possible thing to accomplish it. A faced a lot of problems during my preparation for Dakshana because of board exams, my poor health but inspite of these all I always used to think only and only about Dakshana. My bio teacher of JNV Darbhanga motivated me a lot to be a successful in accomplishing my goal. I feel proud to be student of such a motivating personality mr Mahindar Kumar, whenever I think that and usually felt that it is very much hard to be selected in Dakshana, then I used to remember words of my teacher, struggle of mother. These motivated me a lot to put all the potential to focus on my goal. In me last time I used to follow each and every guidelines provided by my bio sir. In fact I struggle a lot to be selected because I was not very much good in physics but after a lot of practice at last I became confident for all my subjects. There were tears in my eyes just before my exam and also after exam since I used to think that whether my tremendous hardwork will be paid or not, but it is very much proudful to write it that after hearing the result, right there were tears no only in my eyes but also in eyes of my bio sir, my father & mother. But these tears were of happiness as I was selected.