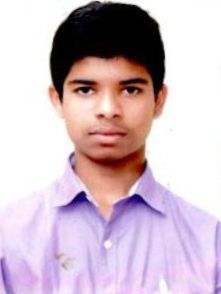 JNV Ranga Reddy I'd like to become a Dakshana scholar and hopefully attend IIT
I'd like to become a dakshana scholar and hopefully attend IIT because always I was dreaming to be in the top most position but due to many reasons it seemed to very difficult.Dakshana provides me a very good oppurtunity to prove myself.In this competitive to prove myself .In this competitive world always we should be running along with all or else we would left behind.But,if we even didn't know the path how can we run .So Dakshana shows us a path and guide after us.
Always I have been excited about dakshana and IIT,thinking that one day I should be one of them.
I had very much keen interset about the wonderful night sky,the planets,the stars etc.So,I have decided to join in ISRO and wanted to become the Director of it but due to some reasons I can't afford it(coaching).I am very lucky to be in one of the 50 students.
Through the Dakshana I want to enter in IIT and ISRO.what made me to set the aim as the Director of ISRO is that many of our Indian brilliant scientist are moving towards other countries like U.S.A, and there they are developing their technology.It is no wonder than 46% of NASA Scientists are Indians.If they would have been here India would have already let there foot on Mars in 1980's itself.
So to be the great scientist of India dakshana providesme a wonderful oppurtunity.thank you Daksahana.