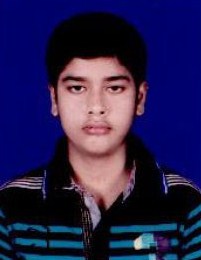 JNV Nadia I'd like to become a Dakshana scholar and hopefully attend IIT
First of all I have to reach my goal of becoming an engineer from IITs .As a child this is not only my dream but passion and further I want to become an IAS officer. As for Dakshana , it is an excellent platform for young students ,specially for students whose parents can?t effort expensive coaching at private institutes, to show the talent inside them .Thus I would like to become a Dakshana Scholar because I want to serve my nation as a good engineer.
Today, the thing India needs most to compete with other nations is development and for development our country needs a good and hardworking engineer who have an intension to serve the nation with their maximum efforts. I also want to serve India that way and uphold its development.
I also want to fulfill my parents and many others dream , who have from the very beginning helped me from every possible side and are still supportive to me.
Today most Engineers want to work in foreign countries but I have more desire to work in India than anywhere else and contribute to its development and live with my parents. As today the industrial sector in India needs most development, I also want to work for that sector, and there is no other institute in India which can make me as effective engineer as the IIT?s can.
Other important reason for which I want to become a dakshana scholar is that the selection process of dakshana is more competitive than any other institution. So, being a general student if someone is able to crack the GDST then it itself gives him a assurance that he has something special within him.
Lastly with the determination to put my best effort in dakshana and study hard for two years and hope to crack IIT JEE-2017.