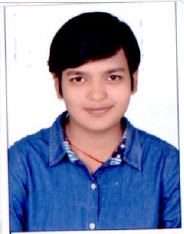 JNV Jabalpur I'd like to become a Dakshana scholar and hopefully attend IIT
I think that its the best way to complete my dreams. I want to become a software engineer and later I want to start an orphanage-cum-old age home. I want to do something for my parents and I thought Dakshana is a place to be something and to get something. I had listened from my seniors that those who once become a Dakshana scholar, crack IIT oftenly. I want to go through Dakshana and want to make my way straight to IIT. For all those students who are poor and deserve something Dakshana is the best way to get something. People read, study, get marks I want to learn. I want to gain knowledge and I think I am through Dakshana. In a country like India, where poverty is omnipresent I want to do something for those poor peoples and to the other poorer section of the society. I also want to open an NGO just like Dakshana and develop the country. Dakshana is my dream and I would like to hopefully attend it and also I want to crack IIT-JJE through Dakshana.
In the country where wimen didn?t get such respect I wanna make women to be in the same position where the men are.


Note: This is an exact reproduction of the essay sent to us.
Coaching Location: JNV Bengaluru Urban Batch: JEE 2018 Scholar Form