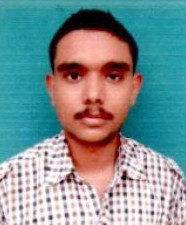 JNV Ghazipur I'd like to become a Dakshana scholar and hopefully attend IIT
I'd like to become a dakshanaschlor and hopefully attend IIT because first off all ,i am SHANU KUMAR from belongs to sheduled caste and my father is farmer, so my family is generally poor. i belongs to rural area so we are having a lot of knoeledges. in village their be a lot of people who knowing about IIT and what is the purpose of IIT. in village only a lot of people having ability to send his son in big coaching. but in Navodaya all the students who has not ability to crack the IIT , could crack the IIT because dakshana make them sure to success in IIT . soi am proud of dakshana and after crack the IIT its because also proud of me.
now, i want to become a IITian because of some purpose. first off all , i want to lift my family to a great height because they wanted and sure that i would became an IITian.
second is taht money because i already belongs to poor family so from the IIT i want to become a richest person. third is important that evalution because i already belongs to rural area so i want to increase the level of rural villagers and evaluate them. it can be done only when i become IITian which can be make sure by dakshana foundation. soi'd like to become a dakshana scholar and hopefully attend IIT.