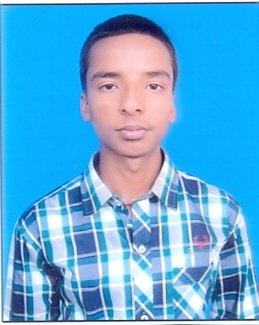 JNV Nawada I'd like to become a Dakshana scholar and hopefully attend IIT
I'd like to become a Dakshana scholar & hopefully attend IIT because it was my inner desire. A great, strong desire that had crept in my mind was to qualify JEE-2015. When I was In std. VIIIth, I had heard about Dakshana foundation. Then and there I had taken the above oath because since from primary education, I wanted to be an IITian but my father?s economical condition was not so good that he could send me to a good coaching center. So, I was no more optimistic. But the Dakshana Foundation had saved me, my goal, my father?s goal as well as my society?s goal. One of my senior was a Dakshanascholar who had told me about Dakshana Foudation that it has done its partnership with coaching of best faculties of different places. It provided many good & proper books, DPPs, DPTs to Dakshana scholar. Secondly, it was very important for me that since I was a Navodayan student and I had not to leave Navodaya campus where educational cultural, prosperal environment is very common. As, Dakshana foundation has made its partnership with Navodaya Vidyalayas for fooding & lodging. After knowing about details. I worked very hard in std. IX & X to apply GDST. Then, with my name has been announced to attend GDST-2013. I have qualified it & grt admission in JNV+ Dakshana foundation, pune. I am very very thankful to founder of Dakshana foundation, its helpers & NVS to provide such management for rural, poor & talented students.