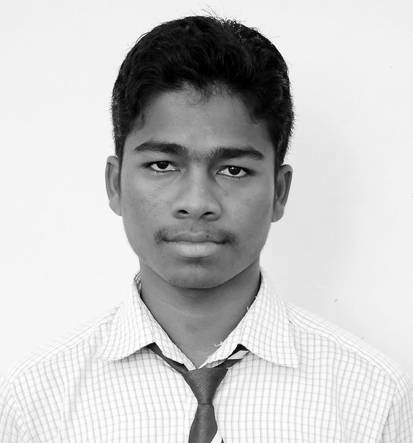 JNV Mayurbhanj I'd like to become a Dakshana scholar and hopefully attend IIT
I'd like to become a Dakshana scholar and hopefully attend IIT because I want to become an engineer further a scientist, I think and hope that Dakshana organization can fulfill my dream. Another difficulty was there previously, that is money. As I belong scheduled tribe poor family. I had not so much money to take coaching for IIT-JEE. Thanks god and Dakshana organization for the opportunities give me to crack IIT-JEE. Although I am not so much confident. Still I hope that the I would get IIT with god ranks. I am extremely happy that I have got chance to got chance to take IIT-JEE coaching under Dakshana foundation, so thanks my dear Dakshana. Another reason behind my ambition is that I and my village so beautiful and literate. For this I need money so much, which I can get only from the services. I heard that engineers get much salary as compared to the other occupation. So I would like to become a Dakshana scholar. Thanks.