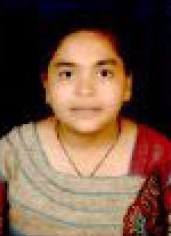 JNV Bastar I'd like to become a Dakshana scholar and hopefully attend IIT
I'd like to become a Dakshana Scholar and hopefully attend IIT because everybody has a goal, many people wants to crack IIT but due to some reason they are not able to crack it. And I didn't want to become one of them. I want to face the IITJEE examination with full preparation, and I think its possible only by becoming a Dakshana Scholar. Because it gives students free of cost coaching, which is very useful. Now-a-days if we've to take IIT coaching, we have to spent two to three lakhs of rupees. Which is not possible for everybody. I think Dakshana Foundation is is providing very good oppurtunity for every person who want to crack IIT. I think being a Dakshana Scholar is my first step towards IIT. And I'm sure Dakshana Foundation will make me able for facing every step of IIT easily. I want to qualify IIT in first attempt and with a good rank. In my childhood I used to think that it is very easy to become an engineer but when I grew up I came to know that it is very hard. I want to become a successful and honest engineer and topmost engineer of our country. When I think about how tough competition, there is in IIT. Then I got dissapointed that can I crack IIT-JEE? By becoming Dakshana Scholar I can believe in that I can crack IIT-JEE. I'll try my level best for cracking IIT. And I think my little bit try and effort with Dakshana Foundation coaching make my future bright like Platinum and Gold. I want to become a Dakshana Scholar because it will make my dream come true.
Coaching Location: JNV Silvassa Batch: JEE 2017 Graduation College: IIT (BHU) Varanasi Scholar Form