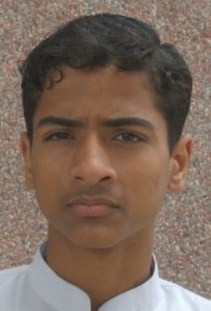 JNV Kaithal I'd like to become a Dakshana scholar and hopefully attend IIT
I'd like to become a Dakshana scholar and hopefully attend IIT because one?s dreams are unlimited and one who dreams big will be fulfilled. I have a dream to become an IIT engineer. I know that it will be difficult but it is not impossible. I am confident about my abilities and will put my sincere efforts into coaching. I heard from someone that IIT coaching in Kota, Rajasthan is the best. When I was given an opportunity to attend IIT coaching classes for IIT arranged by Dakshana by Navodya Samiti I didn?t want to lose the chance. I will not let this opportunity go to waste. I will do my best for the next two years in studying. I am aware that these coaching classes are very expensive and are out of reach from poor families.
The seed of becoming an engineer were sowed in mind by my father. He is a very simple man who has studied up to 10th standard. But he has always dreamed that I become an engineer. This is an age of science and our country needs the tools to develop economically. There is no reason that our country cannot be developed such as America and Japan. If the citizens of India put their sincere efforts and perform their duties then we will be able to develop our nation. Our former president Abdul Kalam is my hero because he is a great scientist as well as a good person. Even when he became the president of India he remained a humble and simple person. Women such as Kalpna Chawla and Sunita Williams can reach the sky so why can?t we? We can also do it. I want to become an engineer and want to serve my country and the entire world. This is my ambition and that?s why I want to be a Dakshana scholar.