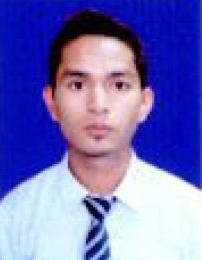 JNV Thoubal I'd like to become a Dakshana scholar and hopefully attend IIT
I'd like to become a Dakshana scholar and hopefully attend IIT because it is my dream to become a famous engineer in my future life. I had always been dreaming about how to get admission into the famous institution IIT. But I know that due to the family conditions , I can?t be able to send to a famous world class IIT-JEE coaching institute . After I had joined the Navodaya ,I came to know about Dakshana foundation . I took information as much as I can about the Dakshana from ther previous Dakshana scholars nearby me and came to know that for me it will be the most suitable place so that I could achieve my aim in life with some effort from me. From the earlier classes , I had much interests in mainly in the subjects . Maths , Physics and chemistry . So, when I chose my aim in life ,I had choosen that engineering would be the best that I can perform . I also choose to inaugurate something new in the socity . Missmatch of profassion is one of the problem facing these days. So, I would like to become an engineer so that my profassion would not make me headache. It is becoming the age of unimaginable things . Things which we never imagined an innovative continuously . In this world of highly advanced knowledge , I would like to contribute something for my nation with the help of my knowledge IIT and Dakshana faculty . Prime minister Shri Narendra Modi had also announced that IITs took a major role in the development of India . I also agree with it and would one day realise the dreams of all.