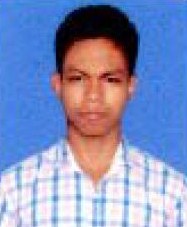 I’d like to become a Dakshana Scholar and hopefully attend IIT because from my childhood at about 4-5 years old age my father used to teach me to make simple electrical circuits. I learnt it interestingly .From then afterwards I was in love with machinery devices .Electric circuits are the most I love.When I was in class 8 I made fire alarm by seeing its circuit diagram from a book.I t worked nicely though I couldn?t understand how does it work. Studying about electrical circuit was my hobby.From then onwards I made a huge amount of complex circuits from books and internet.But I couldn?t understand its working condition. I was very curious about knowing more about time things. So an idea crept in my mind that I would become a good electronics engineer. I took it as my aim.And it will be best done at IIT.So I took an aim of getting IIT at any cost. I worked hard at studying science and mathematics.Sometime I used to read Advance topics. And one day my hard work beard fruits. At the GDST the questions were from electrostatics and nuclear physics which are not taught to 10 students. But I could solve them nicely and might have helped me in becoming Dakshana scholar.Another reason that I want to attend IIT is that I always had the desire to go for doing jobs at foreign countries .I heard that IITian get jobs at foreign countries .Many foreign country used to for IITs for finding IITian as their employees. So these thing also made me feel that I have to go for IIT. So now it?s time for preparation for IIT-JEE 2017 and I hope with my hard work and good efforts I would crack IIT-JEE.
Thanks?????..