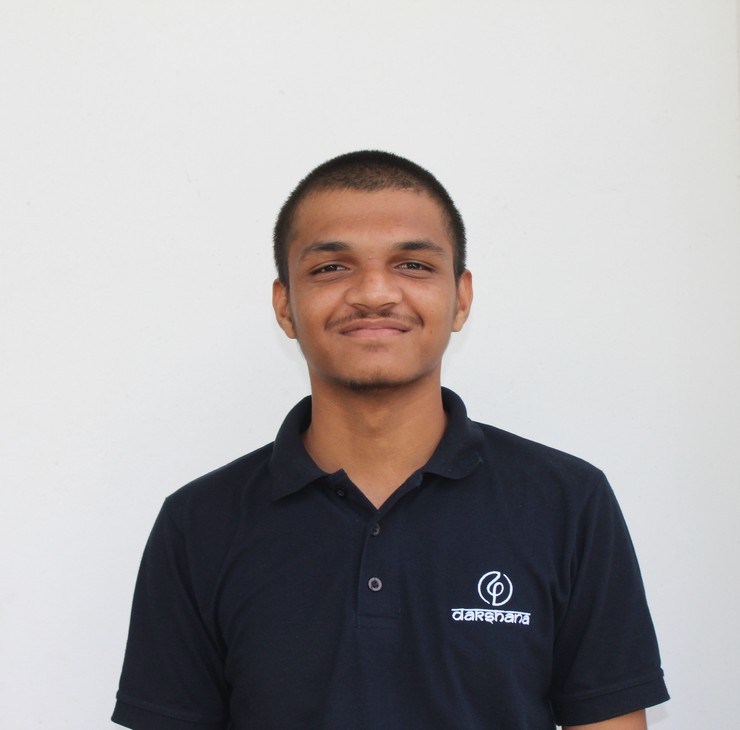 Q1. Introduce your family to us ?….My father’s name is AmarshiBhai solanki and he is a rikshaw driver. He likes and knowledge and study so much so, he want to made me a sucsessfull person.My mother’s name is prabhaben solanki. she is housewife.she is illiterate actually but she want to write and learn. she loves studies. my younger brother’s name is gautam solanki. he is studying in 11th class.
Q2. Why should you be awarded the Dakshana Scholarship ……………..I am recently preparing for the upcoming NEET exam which will be held on the of next year. I am selected for dakshana scholarship because of the good which i had given in the privious classes. my results of class 11th and 12th are the basis on which i had been selected for the dakshana scholarship.if i am not selected then also i want to clear my NEET in the very first attempt, for that purpose I have to join a crash course because of the need of clearing competitive exams.some how i need the scholarship to fulfill my dreams and ambition.
Q3. What is your ambition in life ……………..I want to become a specialised doctor in the field of neurology and becoming a doctor I want to serve my all endless efforts to the poorest portion of the society.I want to become an asset and an example for the young generation.I want to educate orphan childrens of the society,but it requires the efforts and the capability of my self so for that I want to join civil services.
As I mentioned earlier I want to educate orphan childrens of the society.also I want to serve my speciality to the rural and poor population and hence I want to made them strong it is because i had also suffered from the same pain when one who have talent but not the capability for his ambitions.
Q5. Describe an incident in your life that has motivated/inspired you to do better……………..It was when my mother goes to private hospital for the early delivery of my aunt for some serious condition and then a doctor neglecting her by saying that you are so poor and you coud not effort for the money to at least pay,just that words me turns to do best of my kind to be a succesesfull doctor to help the poor people.
Q6. Tell us about your interests and hobbies ……………..I just loves to draw and paint,I also loves singing.I love art and painting. I love reading and stydying literature.