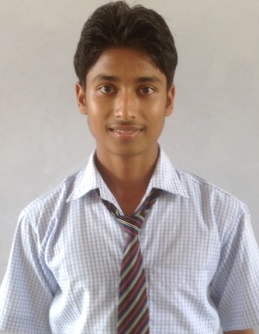 JNV Ghaziabad I'd like to become a Dakshana scholar and hopefully attend IIT
I'd like to become a Dakshana Scholar and hopefully attend IIT because I belong to a poor family and my parents can?t afford any external coaching for IIT-JEE preparation. I have a dream to be an IIT engineer so that I can serve my country. I saw on the internet that 260 students are selected in dakshana and almost 50% of them crack JEE advance. Its coching class is quite effective so I want to be a dakshana scholar. Dakshana acts like a bridge ,It fills enthusiasm in those poor background student who wants to do something for their country. Dakshana gives life to the dream of those students who are not able to showcase their talent because of lack of resourses(money). In my opinion dakshana is more better than any other private coaching centre. Every year dakshana spends lots of money on those 260 selected dakshana scholar and make them a ?rising star of India?. Every where students need to do smart and hard work to achieve their goal and I believe that dakshana scholars will give 100% result in the upcoming JEE-advance by doing smart and hard work. Dakshana is trying to eliminate poverty from our country and every year it steps forward by making engineers in every field. So I would like to say :- ?DAKSHANA IS THE BEST ? If you want to get success join Dakshana.