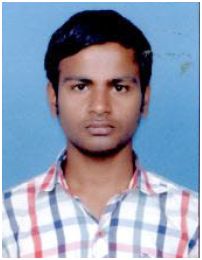 JNV Varanasi I'd like to become a Dakshana scholar and hopefully attend IIT
I,d like to become a Dakshana Scholar and hopefully attend IIT because I just want to show that a middle class family has also ability to qualify IIT and can also become a member of so called elit class.
When I was in class 5th I heard about IIT at that time I was not aware of the fact that to get into IIT one must had to spend 2-3 lacs on coaching fees and some amount on lodging and fooding. In class 9th when I became Navodayan I was excited to hear about the name and work of Dakshana. I started to think about how I can become a Dakshana scholar. I was guided by some of the seniors when I saw the Dakshana inspire video, really I determined to become a Dakshana Scholar. The GDST went good and I became happy when I heard about my selection as the part of Dakshana.
Ioining Dakshana is one of my best moment. I just want to go into IIT since till now no one from my village has gone into IIT. I just want to become a role model for all the juniors of my village and I also want to motivate them for getting into IIT.