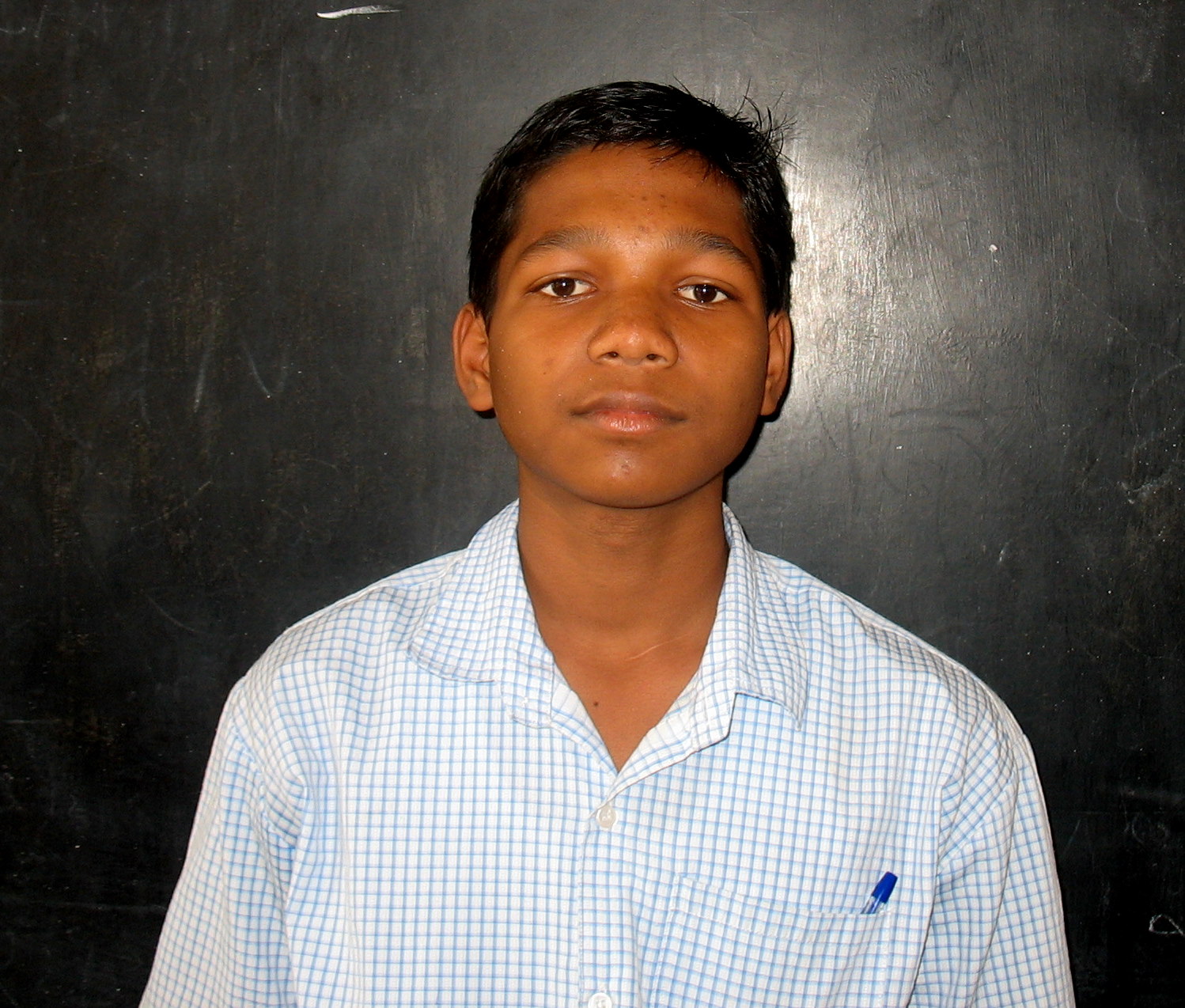 JNV Mayurbhanj I'd like to become a Dakshana scholar and hopefully attend IIT
First of all I want to tell something about me. I am Bhrugupati. I had no tension at all when I gave Dakshana Entrance Exam. I had not heard about Dakshana except that it is an IIT coaching institute. I thought then that I couldn?t get into Dakshana because of my Maths paper. I was not confident, but I had attended almost 90% of questions right. I believed in Chemistry. Physics is average for me. When I passed the 10th Board exam, I wanted to become a doctor. But due to some external blessings of God, I got into Dakshana. I was not sure that I could do it. But when I heard that I am selected to give the exam, I thought I must attempt the exam so as to atleast know how Dakshana question papers are made. I have not given any competitive exams before this except some Olympiads and I had got very less rank in all of those exams. But, in my 10th standard, I stood 1st with 93% only but I had not stood first before 10th class. I am not so happy, as this was to happen (as I thought that time I could score above 90%), but my parents and sister were so happy that when I was bathing and my sister came to know about my result, she ran toward me with overwhelm to tell the result.

I have already written that I want to become a doctor and also my father forced me to take biology. But when I came to this JNV at Bangalur, I decided to leave biology to become an IITan.

I had not seen my results on the internet. My friends told me I have got into Dakshana. I could not believe them. My heart beat went faster and faster till I saw the results on my own. I had not prepared to come to this school (Bangalur). This was so far from our school that I was nervous. I was wondering if my parents will agree to the journey or not. But they agreed.

I had heard from my friends that those who got into Dakshana are reading all the time. But I am not reading so much. Really I am bored after 1.5 or 2 hours of continuously reading. But how they are able to read so much? But my assumption was so high that it was not correct. I am now feeling something different by interacting with my friends, our study atmosphere, TIME faculty. Now I am thinking I could get into IIT-JEE if I do hard work. Before I came to this school, I had no idea about the coaching system, how many institutes are there in India and so on. But I know something about the IIT coaching system. I had not taken a single tuition from 6th to 11th standard when I was at home.

I came to Bangalore from school with different ideas. I want to see how Bangalore is as it is one of India?s big cities which I have not seen till now. I thought atleast I am going to Bangalore, whether I get into IIT or not, that is different. My aim was not so high. I had not set my aim before reaching here because I was confused that if I set a bigger aim (as I want to become something different from my family) how I would succeed in that. But see my luck, not luck but god?s blessings and my work, it took me away from Orissa to Bangalore to get into IIT.

I had no idea about what to do before entering into IIT. IIT is what and how are students studying there? But by reading a book (Physiology of Success in IIT ? by Anuj Khare) and seeing the picture that Sharma Sir showed us, I got some idea about it. Now I am only trying but not that much. I think it is less than what I can do. I think I could not have come here if our Chemistry sir would not have forced me to come (i.e. at Cuttack I wanted to go back again to our Vidyalaya). I thank him. Now I am inspired by many people like Ajay Antony, Sharma Sir, and other faculties of TIME to do my best. I want to not destroy the thoughts, not to blow them up mindlessly since they all want all Dakshana Scholar should get into IIT. I do not want to spoil the thoughts of my parents who want something more from me. As I get into IIT and pass out from there, I would try to succeed in life. Now I want to go home in summer vacations and continue my study.