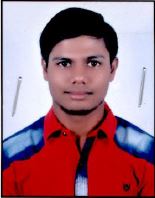 JNV Rajnandgaon I'd like to become a Dakshana scholar and hopefully attend IIT
I'd like to become a Dakshana Scholar and hopefully attend IIT because I belong to an area which is very backward although it is situated in urban area. So I would like to become an Engineer and help a lot of people to rise up and stand up in their position to help other people. I have seen small children facing a lot of problem even most of them didn?t go to school. So I want to study at India?s topmost institute i.e. at IITs and become an Engineer to help those people. I would also like to encourage other JNV students of my state as well as other by becoming an ideality to express how?s the feeling to become an IITian.
It is my great joy that I have get an opportunity to study at Dakshana foundation, Pune and to get a path to reach IIT. Every student have a dream in his lifeand my dream is to become an IITian and help poor studentsby granting them best education or the way in which can eradicate their obstacles towards education. I also want to become an IES officer and become a servant to our society and make parents dreams successful i.e. they want me to become a great personality doing welfare for society. Even I have many dreams for making better education level in the country which I can only fulfil when I would become an Engineer from an IIT.
Also I am interested in teaching students although I am also a student so I would get a great opportunity to teach students after becoming an IITian which I used to see always before my eyes.