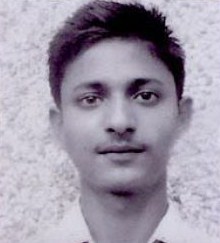 JNV Saharanpur I'd like to become a Dakshana scholar and hopefully attend IIT
Dakshana is the best coaching institute for the navodaya student, living in the same navodaya system and gaining much more is fascinating. I would like to thank the dakshana foundation and the navodaya system for providing the besty coaching of course free of cost. Many of the navodaya students including me are not ready to pay for the so called coaching institute for iit coaching.
In my parent jnv, JNV Saharanpur there would be hot discussion about dakshana foundation. I listen students saying that getting IIT means your IIT is sure. If you are going with them. One of our teachers mr. Pradeep malik(pgt English) would say us that if you prepare for engineering and medical have the navodaya system and get admission in any coaching institute. So I started to prepare for dakshana foundation and talked to the students studying and passed out from dakshana it became my aim to get admission intodakshana foundation. And why so much fascintion about IIT? Because its one of the prestigious institute of india giving the best technical education. Studying with the studieous mind of india is a great experience. IITans are globaly demanded students. I see that many of our dakshana scholars had made there way to IIT which encourage me to do better. Being dakshana scholar is itself a good and hard working life. But after that there is the best life. Our seniors quotes such sentences when we talk to them. Much more interesting is that we are studying in dakshana foundation while living in the navodaya system, the disciplened system.
At last I ll say that I ll do my best and get admission into IIT and I know dakshana foundation is going to help me to achieve my aim. Thank you `dakshana?.