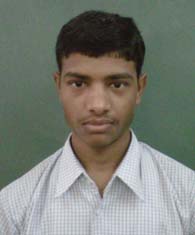 JNV Basti I'd like to become a Dakshana scholar and hopefully attend IIT
I'd like to become a Dakshana Scholar and hopefully attend IIT because that is a way by which we become an IITians. I have no sufficient money to coach another coaching because an other coaching they take more rupees which is impossible for me.
But, an Dakshana, their idea is very good. People related to Dakshana thinks about poor people who can not get sufficient money from their parents because my parents has no good job. But Dakshana provided it, very easily. They provided best coaching for IIT-JEE, which is good for me.
Dakshana does not take any dues from students like as me. It gives 11th and 12th class foundation. It is good for me for IIT-JEE Exam. I always thinks about IIT-JEE. My aim is to become an IITians.
Dakshana do good job for my part time. I am thankful about Dakshana. It takes competitive exam all over in India to search good and brilliant student and give them very good service.
I have to decide to become an IITians. I will do hard work for us. I want to keep happy my parent and Dakshana because they will do good work for me.
Dakshana do hard works in all India for poor people and others. They think about all people for their good carrier.
I think that I scholar of Dakshana. So, I will do hard work and qualified IIT-JEE exam. People of Dakshana think about India and its people. They want, ?India become a very good country and its literacy rate also rise.?
Dakshana provided best coaching for IIT-JEE. They take it in no dues.
I want to give a lot of thanks to Dakshana and its people.
Thanks!