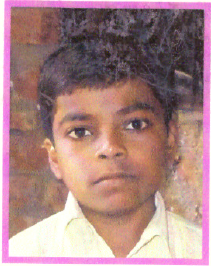 JNV Banda, Uttar Pradesh I'd like to become a Dakshana scholar and hopefully attend IIT
I am interested in engineering and it is a great opportunity to me that I have got a chance to become a Dakshana scholar. I want to become an computer engineer because I am much interested in computer programme. I was to event new software?s and hardware?s in the era of computer. I hope that I will crack the Dakshana selection test because I have worked hard for becoming a Dakshana scholar. I want to attend the engineering killings because I want to prove the society. Today there is more competition in the era of engineering and medical. All the students hopes that they will qualify the IIT/AIIMS. And for qualifying there exams. There is many washings across the country but they we taking much more fees to give the student coaching. But Dakshana foundation is helping the students who we interested in medical or engineering through the NDST or JDST. Dakshana foundation is giving free coaching for IIT/AIIMS to the students. I want to thank the Dakshana foundation for giving me a grant opportunity to become engineer and serve the society. Navodayas in the world of science where technique has gone beyond our imaginations. Computer are example of this high technology. I feel very exited for the computer. Smartphones. They attract me and I want to served much more things in the computer era. Engineering is the best way to invent the computer software?s or hardware?s. So, I want to become an engineer and for the I am talking the help of Dakshana foundation so, that I can take 2 year free scholar and I would cross the IIT. I hope that if I cross the NDST. Then Dakshana would give me the education by which I can break the IIt and would take the admission in an engineering college. I want to give to society a world of computers where all the things are based on computers. I am much privies in the invention. So, I want to became an Dakshana scholar.