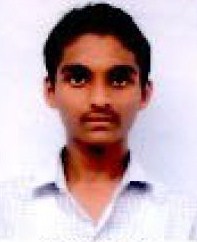 JNV Bhadrak I'd like to become a Dakshana scholar and hopefully attend IIT
I'd like to be a Dakshana Scholar and hopefully attend IIT because of the following reasons.IIT is one of the best Institution of India,most of the student try to get into IIT.It is very difficult to success in IIT.I am also proud to become IITian.Today's India need highly skilled engineers for its devlopment,for india it is IIT.From this Institution more skilled engineers are produced.I want to become a part of It, for this Dakshana has given a good platform.Engineers produced from IIT are more respected than any other engineers,every company need Skilled Engineers for its profit and for that they want engineers from IITs.When I was studying in 9 class then I become to know about IIT and asked about this to many Senior Students and from that I become aware about it. From that onward I dreamt for IIT and it also need to be coached by IIT-JEE coaching Institute.
For me it is not affordable. To fulfill my desire Dakshana Foundation have given me a golden chance,for this oppurtunity I am so much thankfull to Dakshana Foundation,and from our local area nobody ,till today have selected in IIT.I want to become a engineer formy country all over the world Urbanisation is going rapidly.So India should develop its Infrastructure,but there is a sortage of skilled engineer because of that I want to become a good Engineer and serve to my Country and to the whole Society.To fulfill my dream from todays.
Onward I am working hard and trying my best to in IIT,for that Dakshana is giving enough support by selecting in IIT. I want to prove that I have also talent from today onward my only aim is to get selected in IIT, and I have a stronge desire .If I will not selected by IIT in 2017 then I will not lose my heartand I will work hard for second time also.