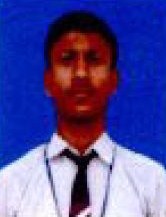 JNV Birbhum I'd like to become a Dakshana scholar and hopefully attend IIT
Dakshana is the simplest way through which one can get into IIT . Students can join other coaching centres after 12th board exam and can get coaching for one year , paying 5 lakhs rupees . But Dakshana gives the coaching during xi and xii class , which check the students from the loss of 1 or 2 years . Also , instead of one year a student can get two years coaching . And the main fact is that , for the student like me , from rural area and son of a farmer , its quite impossible to pay 5 lakh for IIT coaching . The students of Dakshana are not allowed any vacation during the coaching session , so the students are able to put their 100 % effort for constantly two years without any distraction . I personally Dakshana scholars are model students of the nation . Getting into Dakshana is almost equivalent to getting into IITs , as the past results of dakshana says that almost 70 % students get IITs . So , at last I would like to say that , " I will be a lucky student to be a Dakshana Scholar ".
-Abrar Hossain