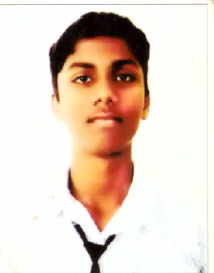 JNV Srikakulam, Andhra Pradesh I'd like to become a Dakshana scholar and hopefully attend IIT
I'd like to become a Dakshana Scholar and hopefully attend Engineering college because I want to fulfil my goal as to be an IIT?an. My parent want see me as an good IIT?an. So, I want to become a Dakshana scholar which is best way to become as an IIT?an. So to fulfil both my ambition and my parents aspirations to become as an IIT?an. Which can be solved by Dakshana institute. I think Dakshana is best institute to become as an IIT?an. So I must become as a Dakshana scholar I think Dakshana is better institute than any other which give good foundation for IIT-jee. I saw many institutes which providing IIT-JEE coaching for lakhs of money and these institutions are also not having such a good environment like in Navodaya. So, by Dakshana these tow needs i.e. good study environment and the good Coaching for IIT-JEE are fulfilling. So, I think there is no other option except Dakshana for IIT coaching. This is one of the main thing that Dakshana can only give.
My parents want to saw me as IIT?an my aim is also to be an IIT?an. I want to study well & I will use the books given by Dakshana & other resources properly if I got selected to Dakshana. I will studied my level best for Dakshana a selection test. If I selected to Dakshana. I will put my full efforts to success in IIT-JEE 2019