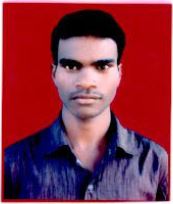 I’d like to become a Dakshana Scholar and hopefully attend IIT because when I was studying in primary school, I even did not know what is IIT. Even the people nearby also did not know about it. But as soon as I got selected into J.N.V Sonebhadra then, slowly slowly I started knowing about it. Today I know a lot about it.

For me the biggest reason to join IIT is due to lack of good facilities in my area. Students study under the tree. During raining season it becomes more difficult for students as the place where they study becomes wet and there needs to be holiday during this period. Since I have seen all this and alo faced it when I used to be the part of them. Now I want to become the diamond in the rough and want to get selected in the one of the biggest institute IIT with a good rank so that I not only become the lodestar to the children of my village but also the society because many people are illiterate in my village. People are also devastated because our village is effected by Naxalites. If I am able to fulfil my dream then there will be lot of change in my area. When I came to J.N.V then, many people started sending their children to school and many coachings opened to prepare students to get selected in Navodaya.

I want after completing IIT, I will spend my salary for the fees of poor students. Apart from that I will guide people not only for IIT but also how to get admitted in other big institutes in India. In addition to that in my village there are many reserved category people and I am also one of them. Due to lack of education, they do many non-human act and I know that It needs to be stopped.

The another reason is that I belong to a poor family. Nobody in my family is educated like me this much. My parents are not at all educated.